Permission to enter your nightmares? 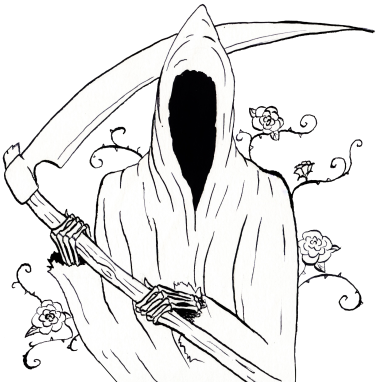 Grimbound is a captivating macabre retelling of the classic tale Red Riding Hood.

In a macabre retelling of the classic tale of Red Riding Hood, Eirwen is a whimsical young woman in a crimson cloak who lives in a vivid world of gardens and flowers, even as autumn turns to the dead of winter.

One day, while delivering baked goods to her beloved grandmother, she witnesses the horrific aftermath of her death at the hand of wolves. Now, The Grim Reaper follows her, delighting in showing Eirwen various ways in which she could die, while simultaneously becoming a place of refuge.

Can Eirwen vanquish The Grim Reaper’s tantalizing and terrifying yet dreamy and romantic dances, or is she doomed to a grim fate?

The inspiration for Grimbound came during post-traumatic stress after a lethally abusive romantic relationship. I’d been a victim of psychopathy, the experience fluctuating between a tantalizing tango and a dreamy waltz. I spent a long time recovering from lethal wounds left by a master of psychological warfare. The traditional red riding hood tale with its wolf villain and grim setting perfectly fit what’d happened to me. As stories often do, it took on a life of its own and became about a young woman’s fight against her own darkness: The Grim Reaper. 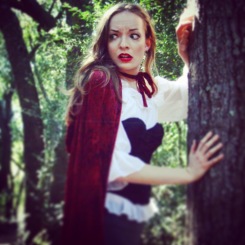 Resources for Victims of Psychopathy

Start Here for a comprehensive collection of “various articles, communities, blogs, and books about narcissistic and psychopathic abuse”.